Visit by the Minister for Foreign Affairs

The Minister for Foreign Affairs of Sweden, Ann Linde, visited our department and AMC - The Alva Myrdal Center for Nuclear Disarmament Friday 12th of August. The meeting was interesting and there was a good exchange of ideas. 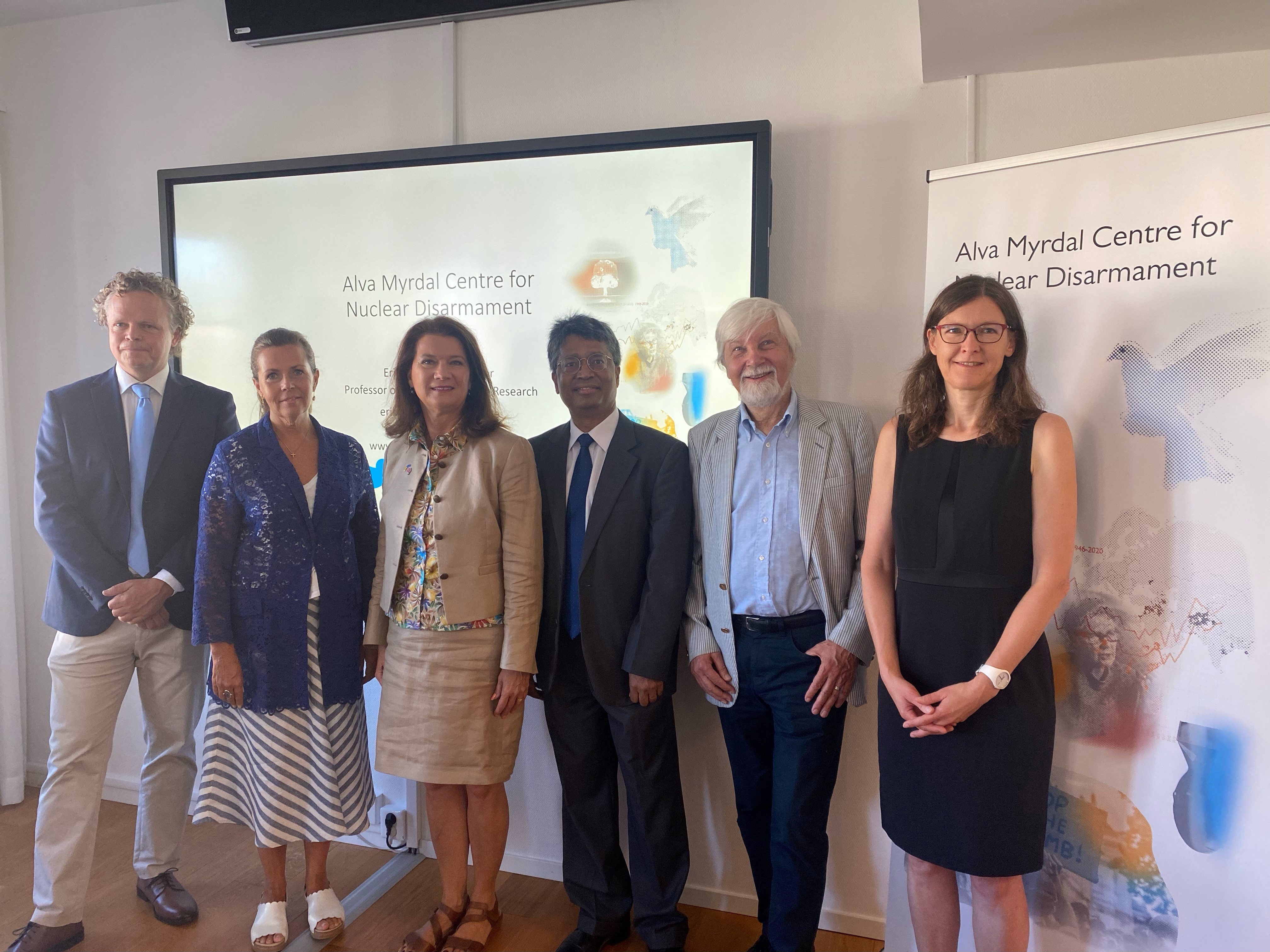 Among other things, the meeting adressed issues such as the importance of research around nuclear disarmament.

People who attended the meeting, according to the order in which they appear in the picture: