This year our department is celebrating that we have been teaching and researching peace and conflict since 1971. We acknowledge this through our podcast Researching Peace and with an Anniversary Symposium on 14 October 2021.

Interested in the history of the Department? Read the story here. And read more about the Department and our research in the media.

On 14 October 2021 we celebrated our anniversary with a symposium in the Grand Auditorium. Watch it here:

Photos from the symposium

Making Sense of a Complex World – lectures and panel discussion

Speaker panel: The Research Frontier and The Big Questions for the Future
Moderated by Professor Kristine Höglund (DPCR Uppsala University

Peace Research: Is It Still Relevant for the World? – panel discussion 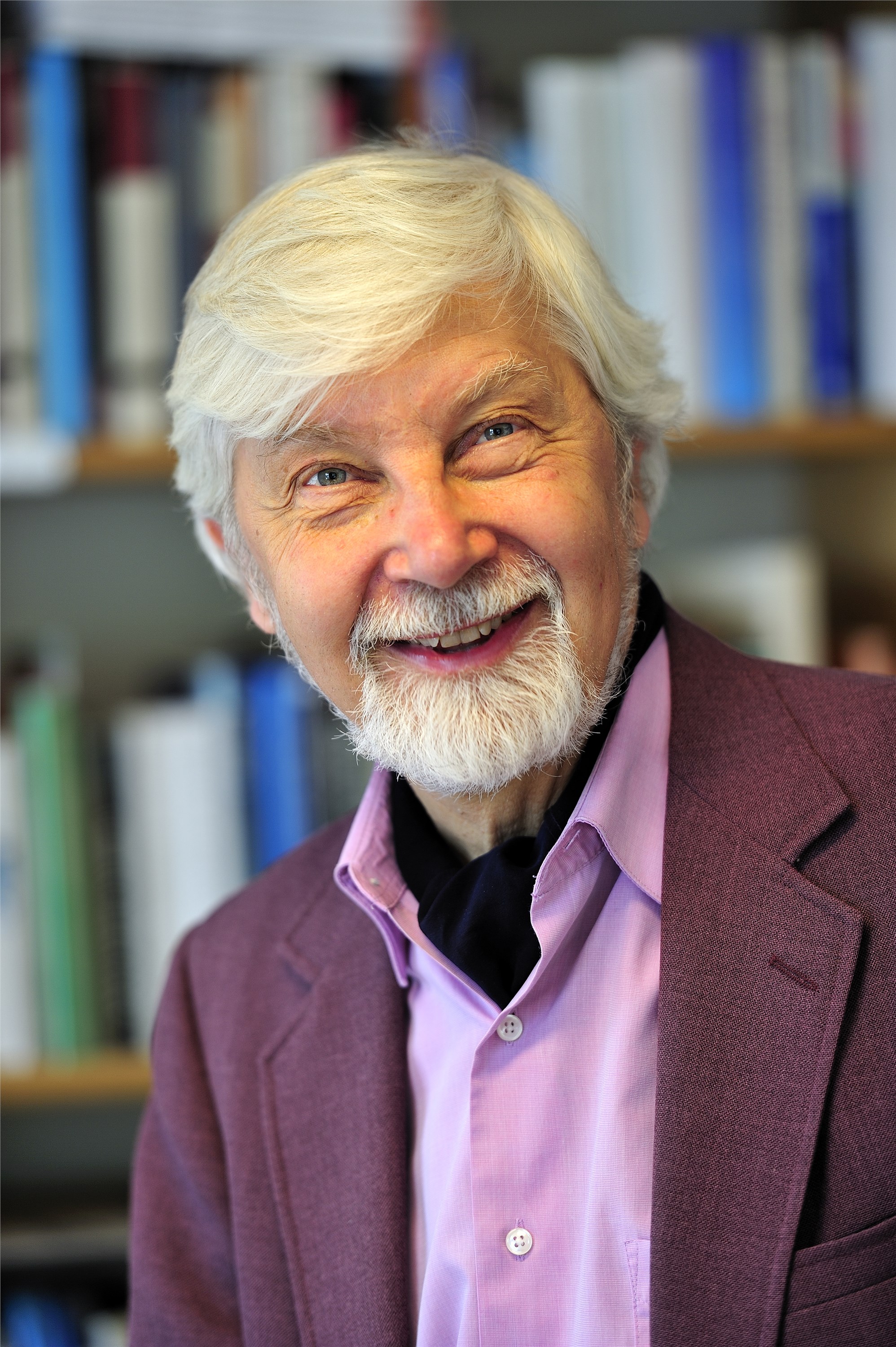 Peter Wallensteen is Senior Professor the Department of Peace and Conflict Research at Uppsala University. He was the first holder of the Dag Hammarskjöld Chair in Peace and Conflict Research (1985-2012) and he founded and directed the Uppsala Conflict Data Program until 2015. He has been a visiting professor at numerous universities world-wide and since 2006 has served as the Richard G Starmann Sr Research Professor for Peace Studies at the Joan B Kroc Institute of International Peace Studies, University of Notre Dame, United States. He is the author of numerous books and articles, including the widely used Understanding Conflict Resolution: Peace, War, and the Global System, now in its fourth edition and published in English, Arabic, and Korean. 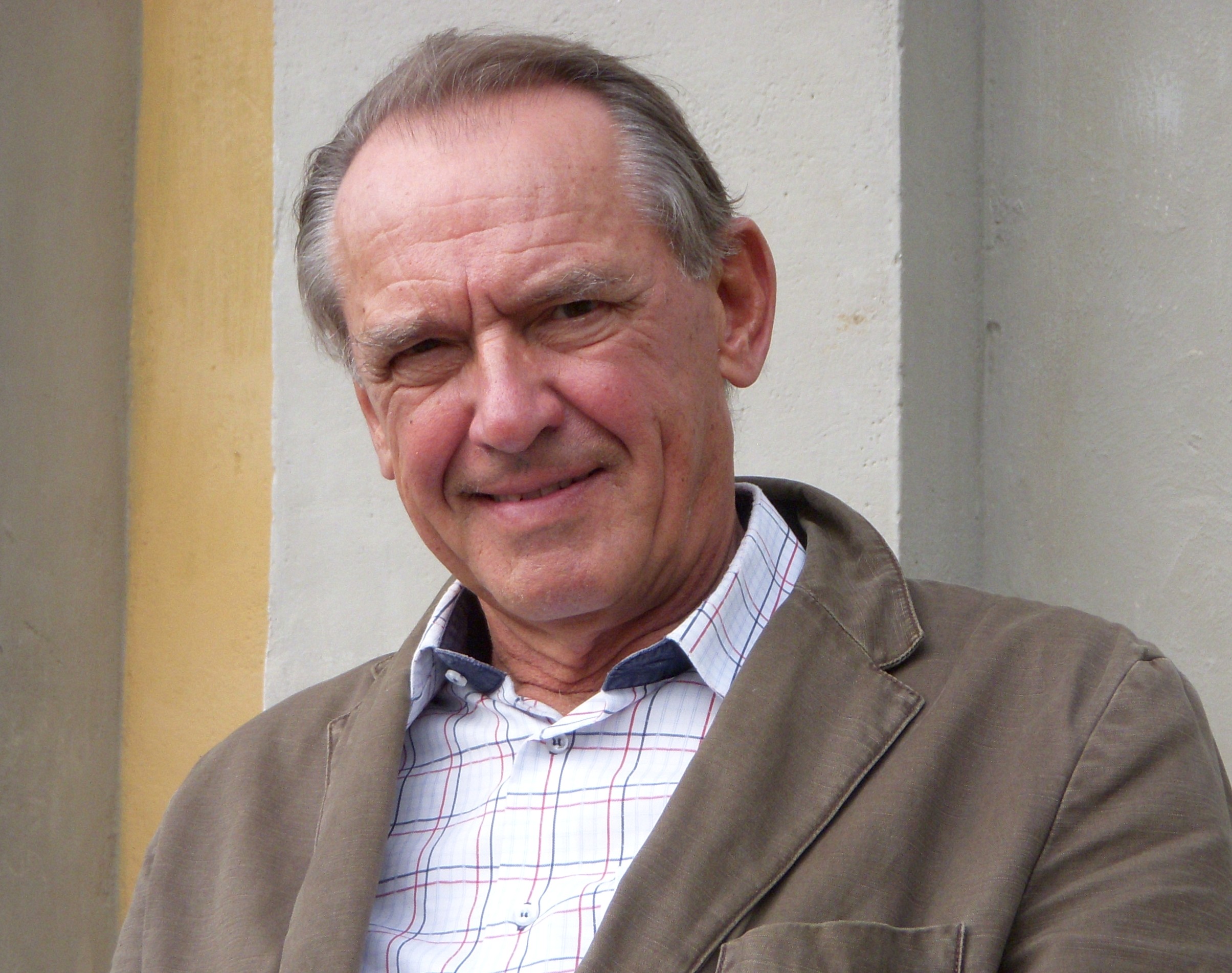 Jan Eliasson is a Swedish diplomat with extensive experience from dealing with peace and conflict issue. He is the Chair of the SIPRI Governing Board (2017-) and Honorary Doctor of Uppsala University (2006). He was Deputy Secretary-General of the United Nations from July 2012 to December 2016 and Sweden's Minister for Foreign Affairs in 2006. Furthermore, he was Swedish Ambassador to the United States (2000—05), President of the UN General Assembly (2005–06); the UN Secretary-General’s Special Envoy for Darfur (2007–08); and participated in the UN mission mediating in the Iran–Iraq War (1980–86). 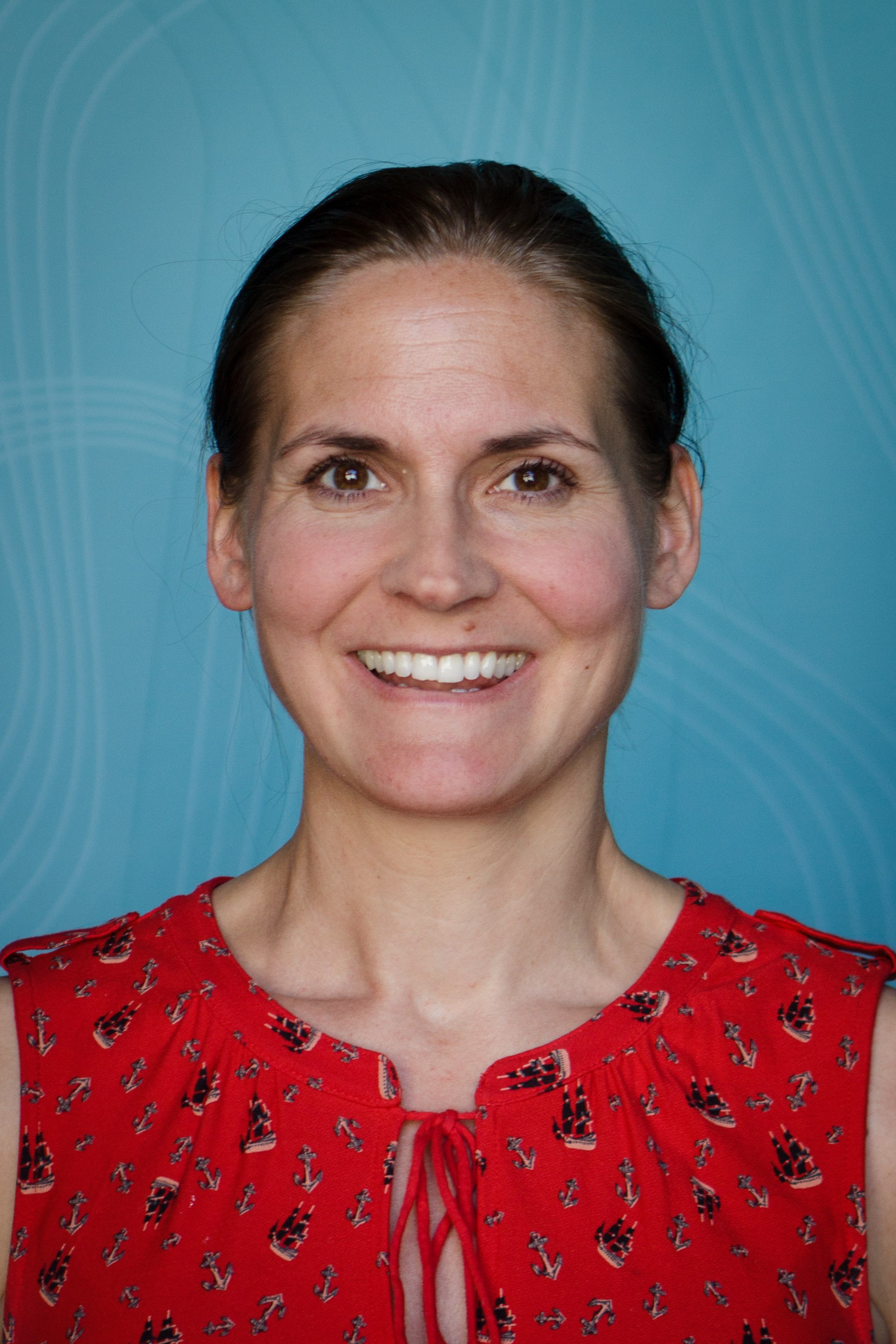 Gudrun Østby is Research Professor as well as Research Director of the Conditions of Violence and Peace at the Peace Research Institute Oslo (PRIO) and the Deputy Editor of the Journal of Peace Research (previously Editor-in-Chief).  She has been a visiting scholar at Oxford University and University of Maryland. Østby has made significant contributions to research on armed conflict and maternal health, sexual and gender-based violence, education and conflict, horizontal inequalities and urban violence. Her work is published in prestigious journals such as International Studies Quarterly, International Interactions, Review of Educational Research, Demography, World Development, and Journal of Conflict Research. She was a member of the Young Academy of Norway (2015-2019) and has consulted for Council of Europe, Save the Children, UNESCO, USAID, and the World Bank. 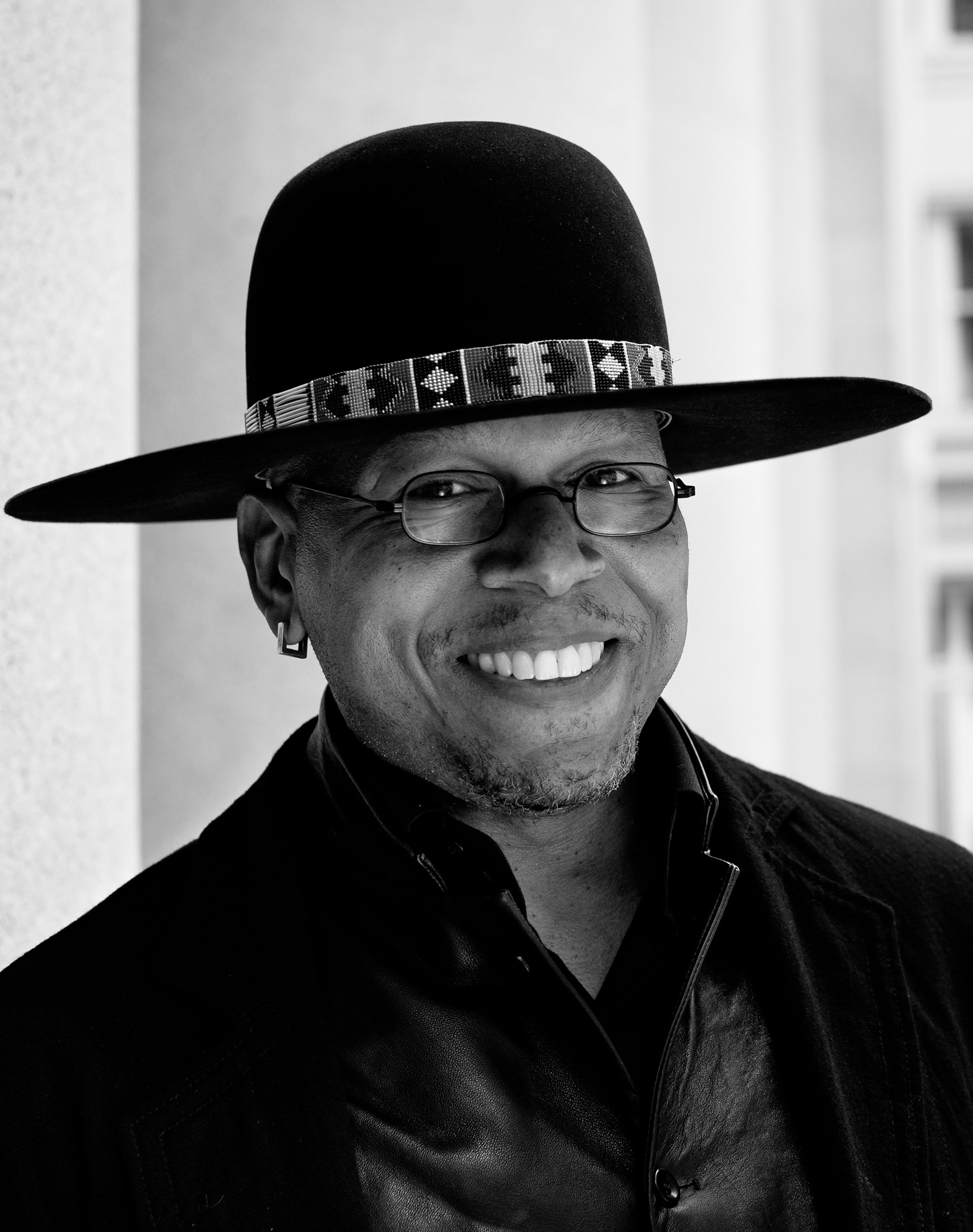 Christian Davenport is the Mary Ann and Charles R. Walgreen, Jr. Professor for the Study of Human Understanding and Professor of Political Science at the University of Michigan. He is also a Faculty Associate at the Center for Political Studies, Institute for Social Research, Research Professor at the Peace Research Institute Oslo (PRIO), and elected fellow of the American Academy of Arts & Sciences. Primary research interests include political conflict (e.g., human rights violations, genocide/politicide, torture, political surveillance), racism and popular culture. He is the author several influential articles and books including State Repression and the Domestic Democratic Peace (Cambridge University Press, 2007) and more recently The Peace Continuum: What it is and How to Study it (Oxford University Press, 2018, with Erik Melander and Patrick Regan). Davenport runs two podcasts: A Pod Called Quest (with Derrick Darby) and Raiders of the Lost Archive (with Jesse Driscoll). 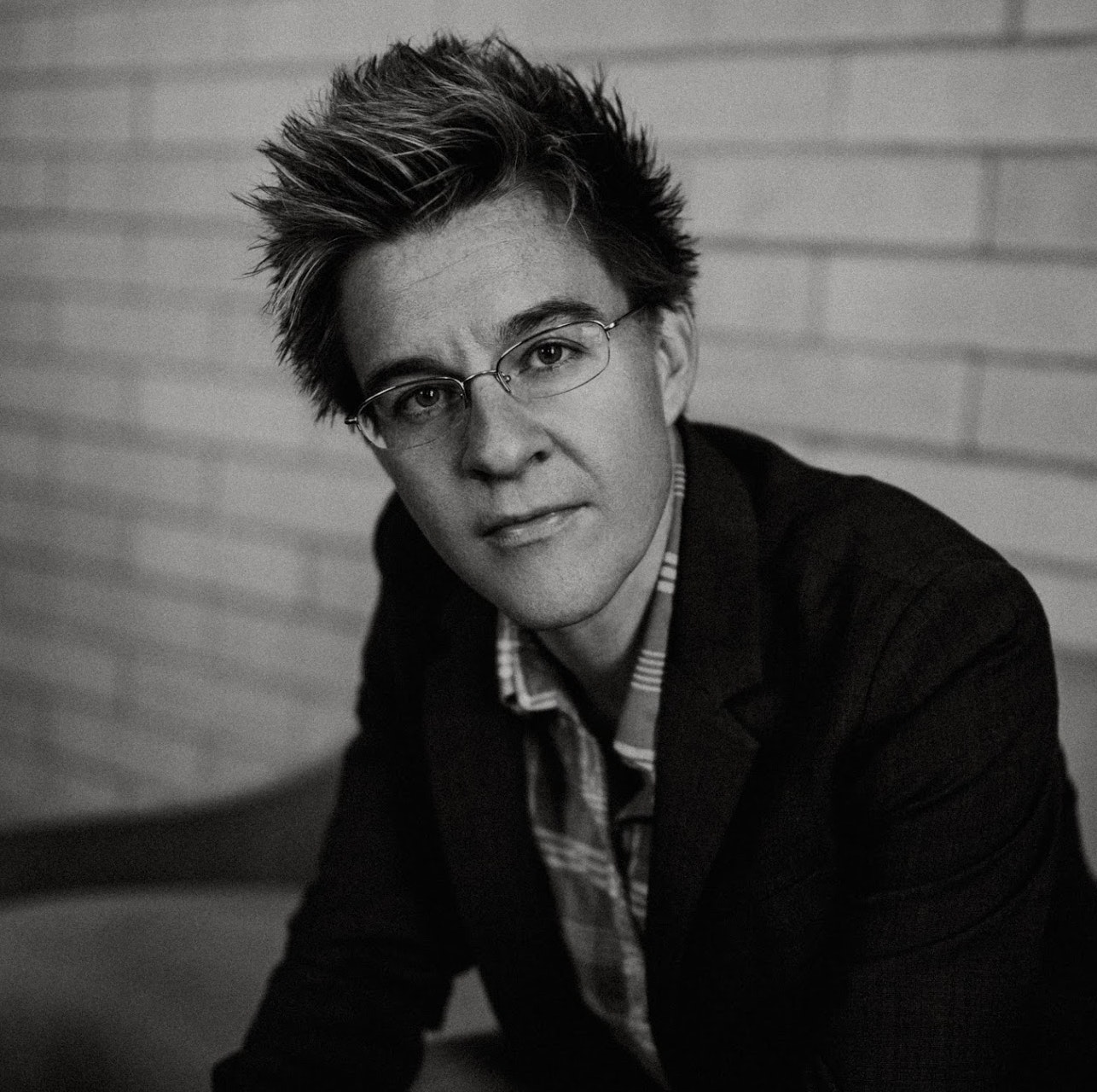 Erica Chenoweth is the Frank Stanton Professor of the First Amendment at Harvard Kennedy School and a Susan S. and Kenneth L. Wallach Professor at the Radcliffe Institute for Advanced Study. Chenoweth directs the Nonviolent Action Lab at Harvard’s Carr Center for Human Rights Policy, studying political violence and its alternatives. They have authored numerous influential articles and books, including the award-winning Why Civil Resistance Works: The Strategic Logic of Nonviolent Conflict (Columbia University Press, 2011, with Maria J. Stephan) and the recent Civil Resistance: What Everyone Needs to Know (Oxford University Press, 2021). Foreign Policy magazine ranked Chenoweth among the Top 100 Global Thinkers in 2013, and in 2014 they received the ISA Karl Deutsch Award for scholars under the age of 40 who has made the greatest impact on the field of international politics or peace research. Chenoweth co-hosts the blog Political Violence at a Glance. 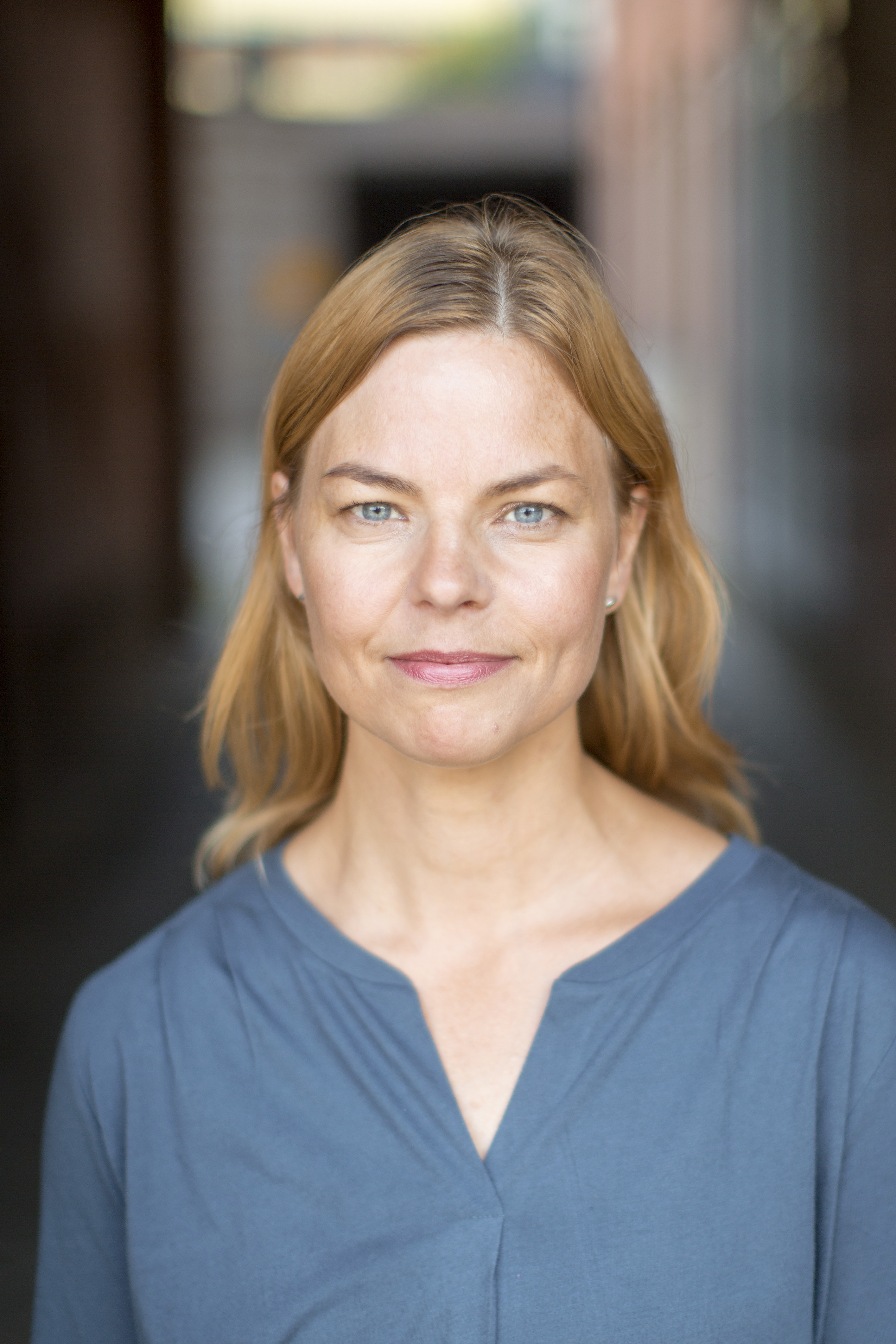 Kristine Höglund is Professor of Peace and Conflict Research, Uppsala University. She is an expert on the dynamics of peace processes, peacebuilding and transitional justice, and the causes and consequences of electoral violence. She has also made significant contributions to qualitative methods and the ethics of peace and conflict research. Höglund is the author of Peace Negotiations in the Shadow of Violence (2008, Martinus Nijhoff) and her work has been published in journals such as Journal of Conflict Resolution, Journal of Peace Research, British Journal of Political Science, Terrorism and Political Violence, Third World Quarterly, and Review of International Studies. 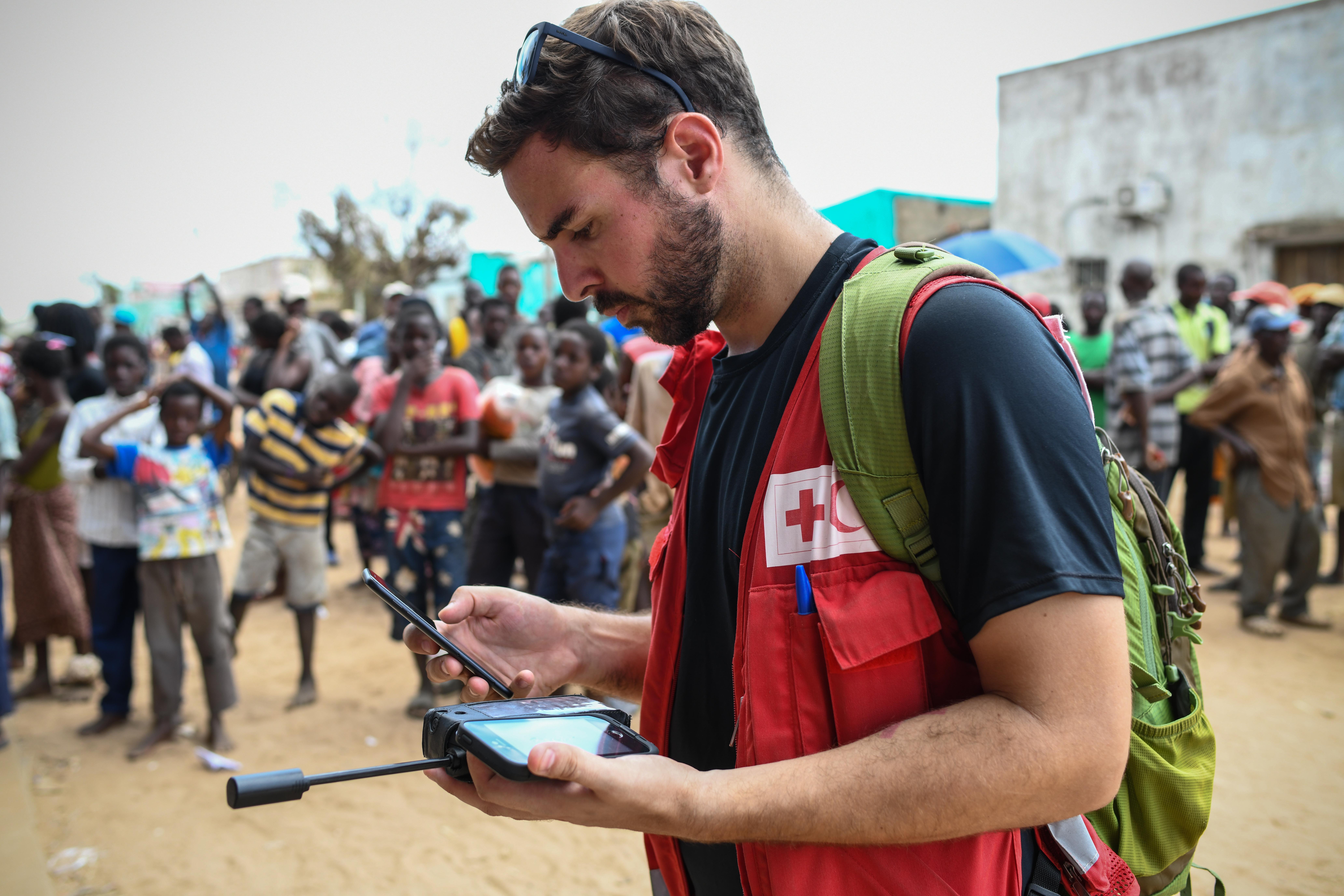 Jamie LeSueur is Head of Emergency Operations at the International Federation of Red Cross and Red Crescent Societies (IFRC) and was awarded as the Alumnus of the Year (2020) at Uppsala University. He graduated with a Master in Peace and Conflict Studies from Uppsala University in 2015, where he was a Rotary Peace Fellow. Jamie is a specialist in humanitarian relief and disaster management with extensive experience of managing Red Cross humanitarian operations in disaster and conflict situations in countries like Mozambique and Democratic Republic of Congo. 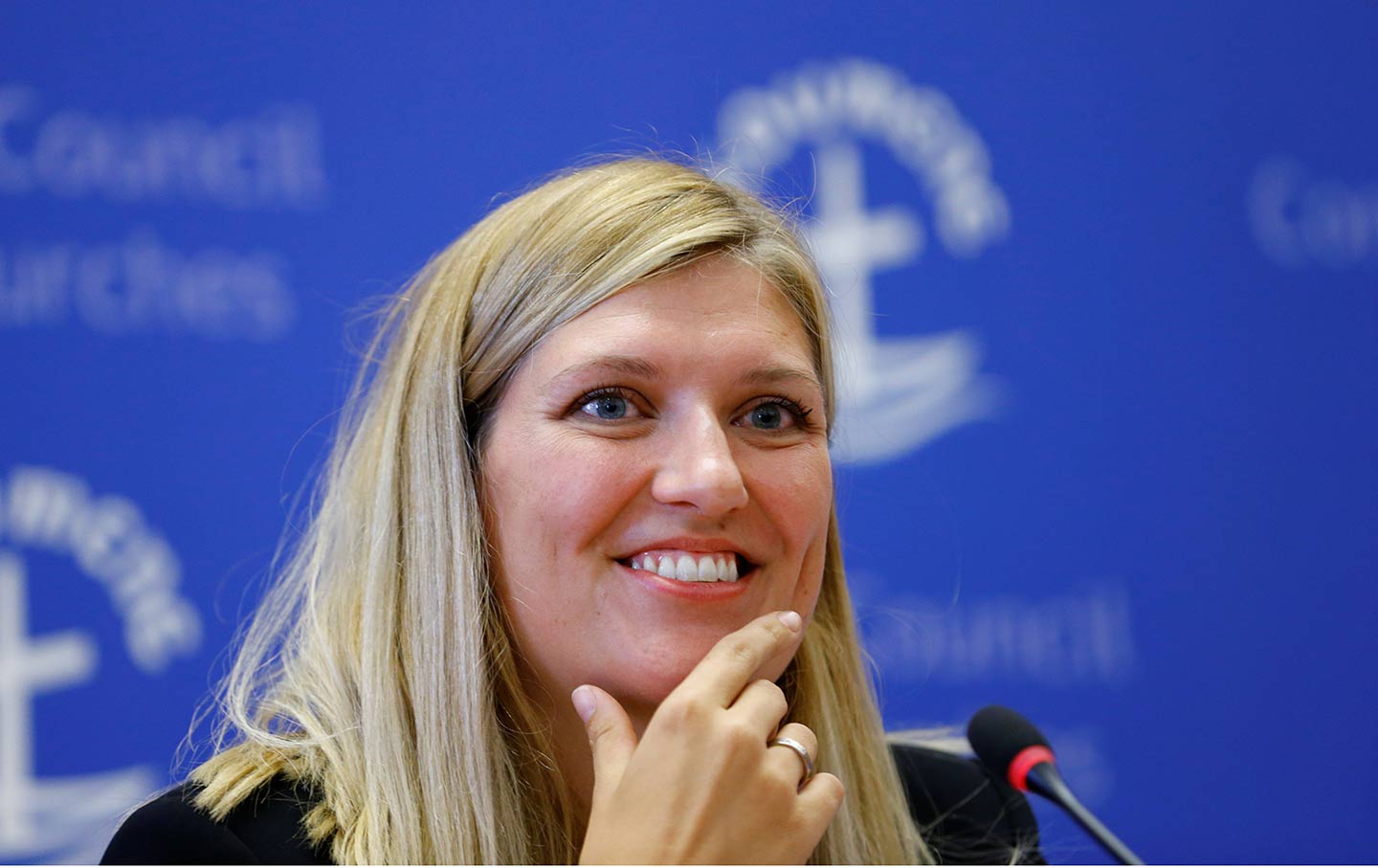 Beatrice Fihn is the Executive Director of the International Campaign to Abolish Nuclear Weapons (ICAN), the 2017 Nobel Peace Prize-winning campaign coalition that works to prohibit and eliminate nuclear weapons. She accepted the Nobel Peace Prize and delivered the Nobel Lecture in Oslo on behalf of the campaign. Ms. Fihn has over a decade of experience in disarmament diplomacy and civil society mobilisation, through her work with ICAN, the Women’s International League for Peace and Freedom and the Geneva Centre for Security Policy. She has written extensively on weapons law, humanitarian law, civil society engagement in diplomacy and multilateral institutions, and gender perspective on disarmament work. 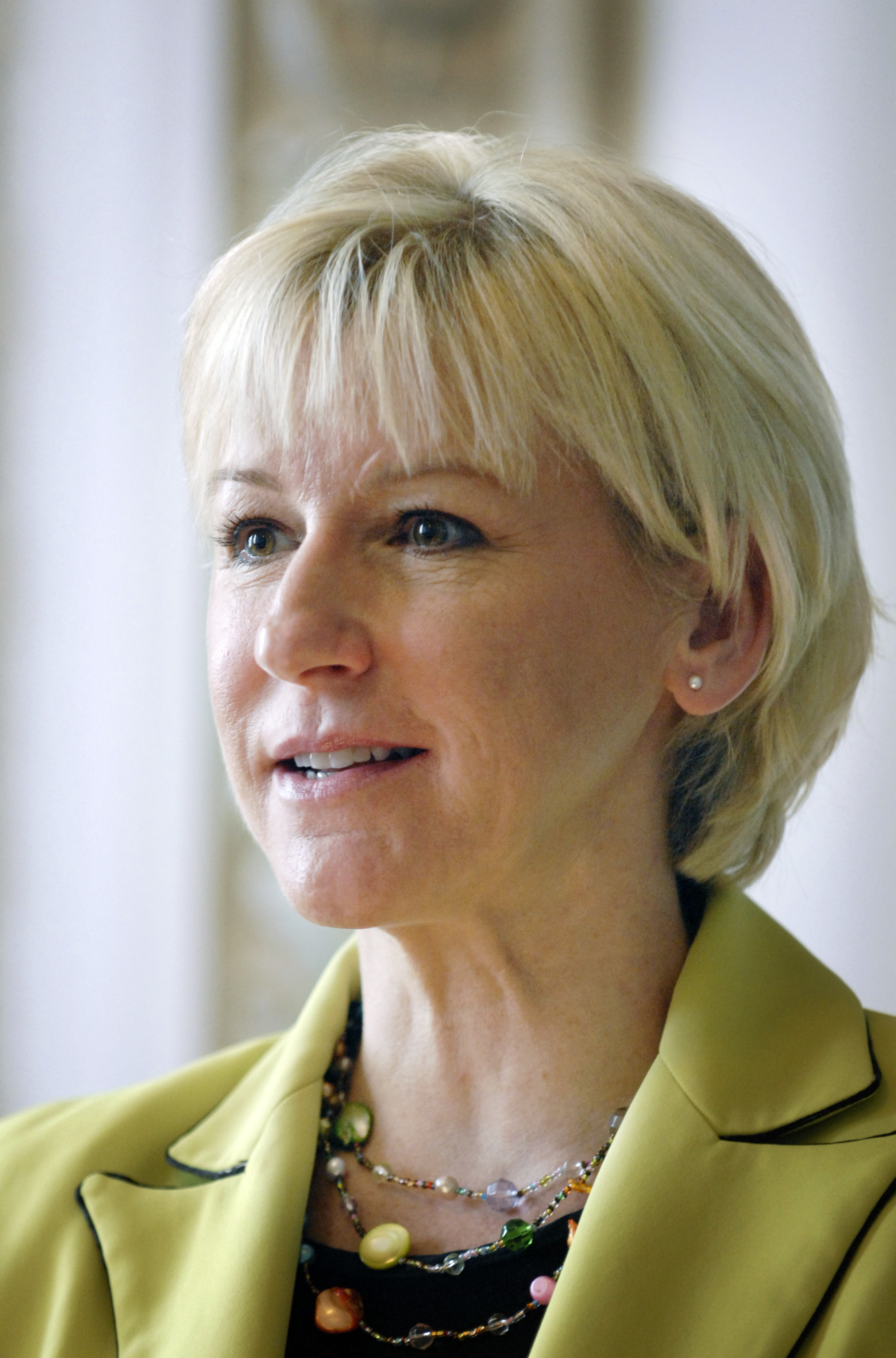 Margot Wallström served as the Minister for Foreign Affairs for Sweden from October 2014 to September 2019, coining the concept of Feminist Foreign Policy or Feminist diplomacy which promote values and good practices to achieve gender equality around the world. Before that, Wallström was the first United Nations Special Representative on Sexual Violence in Conflict (2010–12). She has also served as Deputy Prime Minister of Sweden and Minister for Nordic Cooperation (2014–19), as Vice-President of the European Commission and European Commissioner for Institutional Relations and Communication Strategy (2004–10), and European Commissioner for the Environment from (1999–2004).

What is peace research? How can the study of armed conflict help us understand how and why conflicts occur, escalate, and end? Department of Peace and Conflict Research at Uppsala University has been working on building he foundations for understanding these critical questions since 1971. Researching Peace is a podcast celebrating 50 years of peace research at Uppsala University. The podcast is hosted by Professor Isak Svensson; technical support by Mert Can Yilmaz. Available where you find other podcasts.

Guests: Mimmi Söderberg Kovacs (Head of Research at the Folke Bernadotte Academy; PhD from Uppsala University) and Govinda Clayton (Senior researcher in Peace Processes within the Center for Security Studies at ETH Zurich)

Episode 3: Being on the Ground

DPCR in the media

Interview with Peter Wallensteen about the anniversary (in Swedish)

Interview with Therese Pettersson about the situation in Afghanistan (in Swedish)

Article about the Hammarskjöld lecture (in Swedish)

Kristine Eck on how police crimes are reported (in Swedish)

Margareta Sollenberg on refugee flows from conflicts (in Swedish)

Alumni of the year (in Swedish)