The Uppsala Rotary Peace Center is excited to welcome a new group of talented and committed Peace Fellows Class XIII. Fellows come from different countries and have diverse backgrounds that will enrich the Peace and Conflict Master Program. 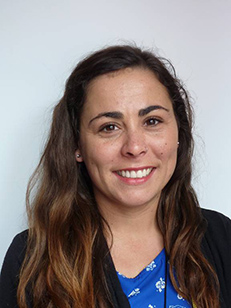 Nicole Ella is an Indigenous Australian woman from the Yuin and Eora nations. She has completed a Bachelor of Law and a Graduate Diploma of Legal Practice at the Australian National University. Nicole was invited to participate in the graduate program of the Australia Agency for International Development (AusAID) where she specialised in development and humanitarian programming for the Middle East and North Africa region. She has worked with NGOs focused on women’s empowerment, domestic crises service, and Indigenous affairs. Nicole has also worked with the Australian Department of Foreign Affairs and Trade where she managed Australia’s aid programmes to the occupied Palestinian Territories.

Nicole’s sponsor District is 9710 and the Rotary Club of Canberra Sunrise, ACT, Australia. 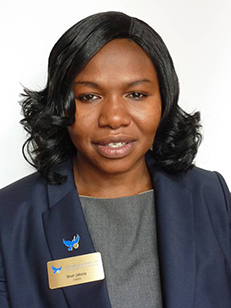 Sireh Jabang holds a Bachelor's degree in development studies and sociology from the University of Gambia. Sireh has worked with the Gambian Police, her policing career included working with community members to solve and prevent crimes, a proactive approach to policing. She also served as the deputy coordinator with the The Gambia Police Peace Support Office. In 2010 she had the opportunity to serve with the United Nations Hybrid Mission in Darfur (UNAMID) at the mission’s main headquarters, El-Fasher, Darfur. She was responsible for facilitating in-mission trainings on gender issues, community policing and Human Rights. 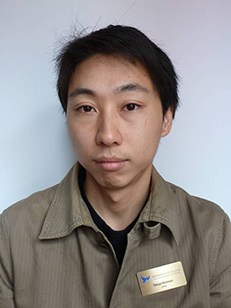 Takuya Koimaru has worked for the United Nations Development Programme (UNDP) on the Disarmament, Demobilisation and Reintegration of ex-combatants (DDR) after the civil war in Ivory Coast. His academic background is in international relations and security studies. He has had several years’ experiences in the Japanese Ground Self Defense Forces (JGSDF) and in some African countries such as Cameroon and Ivory Coast.

Takuya’s sponsor District is 2790 and the Rotary Club of Hunabashi, Japan. 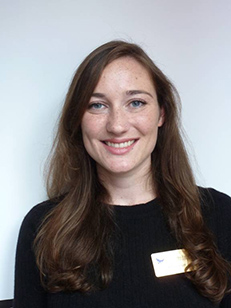 Kate Lonergan has worked on justice and development issues at the World Bank and conducted research on traditional justice mechanisms and post-conflict healing with the Justice and Reconciliation Project in Uganda. She has also been involved with restorative practices in the Washington, DC area, both as a facilitator and as a policy advocate.

Kate’s sponsor District is 7980 and the Rotary Club of Branford, Connecticut, U.S.A. 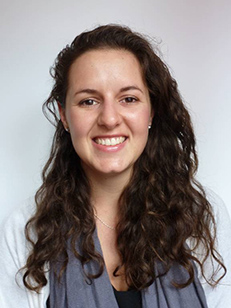 Claire Maizonnier studied Peace and Conflict in her undergraduate degree at the University of Queensland in Brisbane. She has a wide range of experience in this field, having worked on topics such as Responsibility to Protect, sexual and gender-based violence, youth homelessness and the nonviolent independence movement in West Papua.

Claire’s sponsor district is 9630 and the Rotary Club Brisbane Planetarium in Brisbane, Australia. 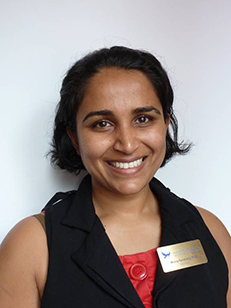 Meena Pillai is from Australia and holds a Bachelor of Arts/Laws and a graduate certificate in Project Management in Australia. She has worked as a lawyer as well as for Amnesty International with refugees and asylum seekers and has experience living in Sri Lanka during the conflict. Meena has a particular concern for minorities and people in migration.

Meena’s sponsor District is 5440 and the Rotary Club of Loveland, CO, U.S.A. 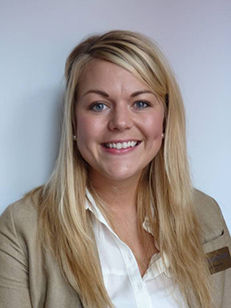 Krystal Renschler is a mediator, facilitator and conflict resolution practitioner. Prior to being selected as a Peace Fellow, she worked on community reconciliation processes in her home country of Canada, particularly relating to matters of Aboriginal restorative justice. Krystal served on the Mediators Beyond Borders project team in Sierra Leone where she trained local leaders, tribal chiefs and women in mediation. Previously, she worked as a conflict analyst in the Canadian intelligence community, analysing global security situations and contributing to foreign policy.

Krystal’s sponsor District is 5020  and the Rotary Club of Oak Bay, BC, Canada. 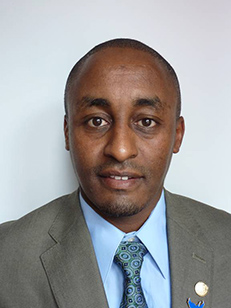 Gada Roba (USA) holds a B.A. from the University of Minnesota with a double major in Global Studies and Political Science and a minor in African Studies with a focus on Sub-Saharan African governance, peace, and justice. He ended the Fellowship at Uppsala Universitet in 2015. 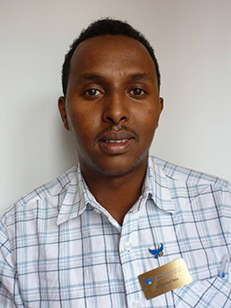 Ahmed Abdi Wais is from Somalia and holds a Bachelor degree in development studies and business administration. He has extensive experience on youth issues and being advocate for the youth issues. He worked with Action Aid International as programme manager, he ran projects related with women and youth empowerment through right based approaches.