The Uppsala Rotary Peace Center is excited to welcome the new group of talented and committed Peace Fellows Class XVI. Fellows come from different countries and have diverse backgrounds that will enrich the Peace and Conflict Master Program. 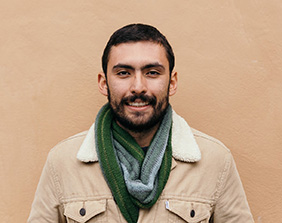 Is interested in transitional justice mechanisms, economic, social and political reintegration of ex-combatants and social sustainable development in post-conflict states.

Before the Fellowship, Juan Diego has been working, for more than five years, in Colombia and the United States, mainly, in field research. His work focused in supporting the Colombian Government during the recent peace agreements. He has carried out projects to identify institutional local peace capacity, reintegration policy reforms, prevention of ex-combatants to engage with criminal activities, and to foster national dialogue on the transitional justice topic.

Juan Diego has also volunteered, in the Northeast of Brazil, in projects that educate and promote sustainable development in low-income communities. 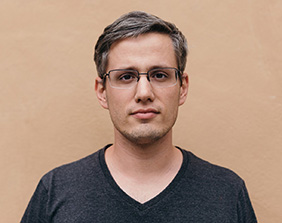 Is mainly interested in peacekeeping operations, humanitarian demining and emergency relief, more specifically the civil-military interactions on the field. He has served at the Brazilian Army for more than eleven years as a combat engineer officer.

Henrique has participated in operations such as, Arms and Drug Trafficking Control in the border between Brazil and Paraguay and Peace Enforcement operations in Rio de Janeiro slums. In 2013, Henrique worked as a deputy operations officer, of the Brazilian Engineering Company, in the United Nations Stabilisation Mission in Haiti.

He spent the last two and a half years as a peacekeeping instructor and course coordinator at the Brazilian Peace Operations Joint Training Center, in Rio de Janeiro. 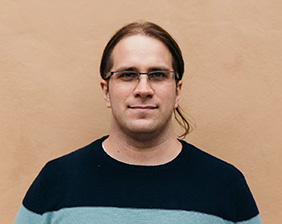 Has a Bachelor's degree in Political Science and a Master's degree in International Studies. During his studies, he was awarded the Konrad-Adenauer-Stiftung scholarship for students with exceptional academic achievements and outstanding social commitment.

During the past years, Ognjen has worked as a project officer at the Network for Organisations for Children of Serbia (MODS), which is the largest federation of civil society organisations working on children rights protection in Serbia. In addition, he has served as president of the Center for Democratic Development “Europolis“. Europolis is a civic association that he founded to contribute with inter-ethnic and inter-religious dialogue and understanding positive peace. Ognjen is especially interested in the role of the UN in conflict resolution and maintaining international peace.

He would like to concentrate on the emergence of legal and political norms aiming to provide legitimacy for forcible interventions in armed conflicts. He is also interested on nationalism, ethnic conflicts, and building peace in deeply divided societies. 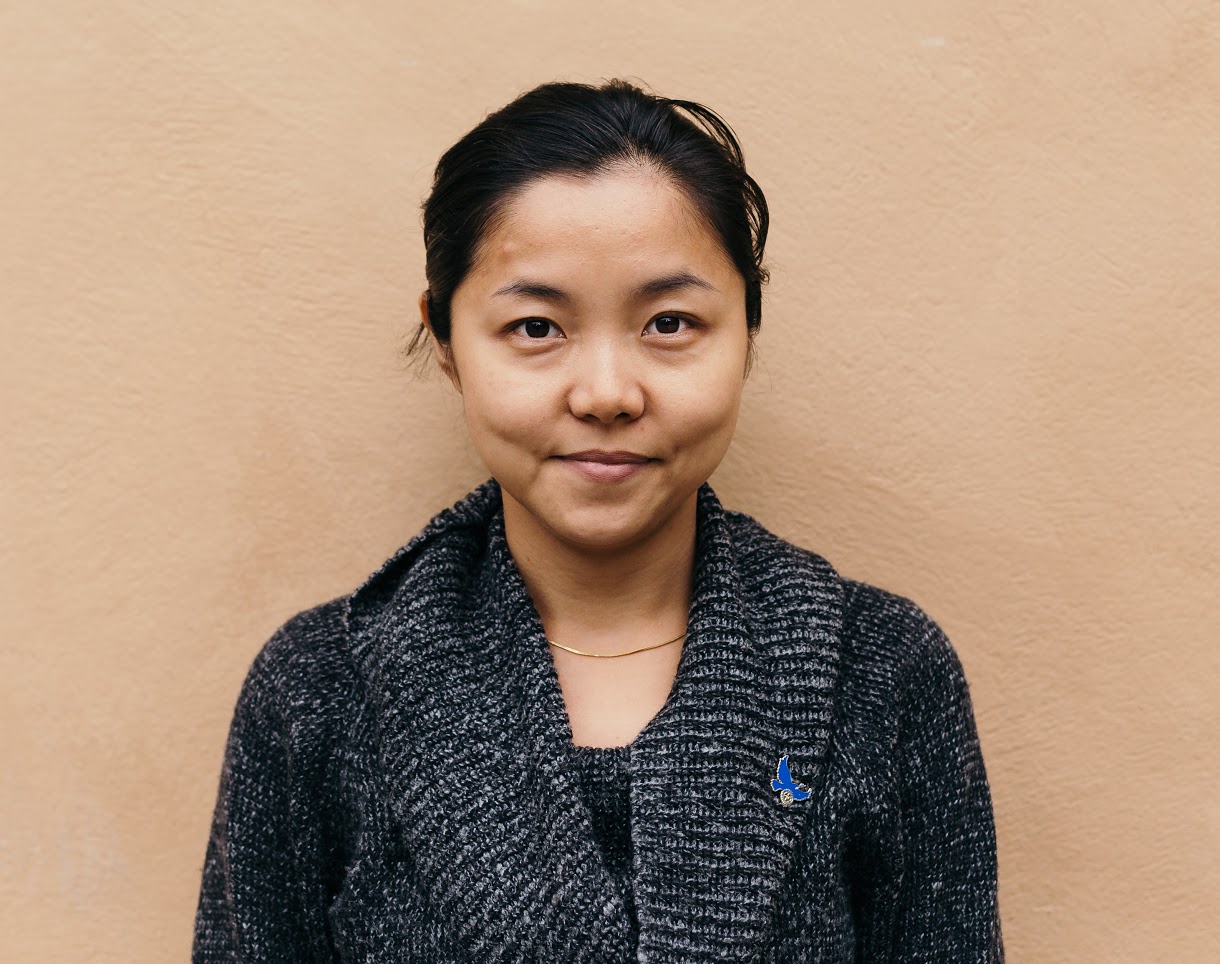 Is interested in exploring the motivation for and threshold of violence as well as reconciliation process after violent conflicts both on individual and inter-group/international levels.

Prior to the Fellowship, she worked for an international NGO, serving the needs of those affected by natural disasters and armed conflicts. Her experience includes landmine awareness education and food security in Syria, mine victim assistance and water and sanitation projects in Sudan, and reconstruction efforts in post-earthquake Haiti.

She holds a Bachelor’s degree in liberal arts with concentration on international studies from Soka University of America. 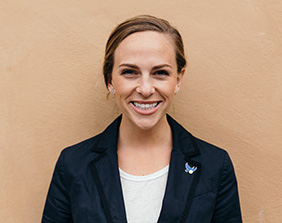 Is fuelled by her commitment to equality, representation, and interconnection within all levels of the peace process. She earned her Bachelor's degree as a double major in Politics and Government and Sociology from the University of Hartford in Connecticut, USA. For the past six years, Christiana has held positions within state, federal, non-profit, and local community organisations in the United States, Thailand, and India. During her Peace Corps assignment, Christiana created cultural specific curriculum and led a national conference to combat school-related gender based violence. She has spoken on behalf of women, girls, and youth, at the White House/USAID Global Development Summit and a UN ESCAP convening of youth to create The Bangkok Statement. Most recently, Christiana worked in the US Public Health sector on the creation of a national strategy to address intimate partner violence. Christiana intends to further research surrounding women’s health in conflict areas and gender equality within international peace mediation. 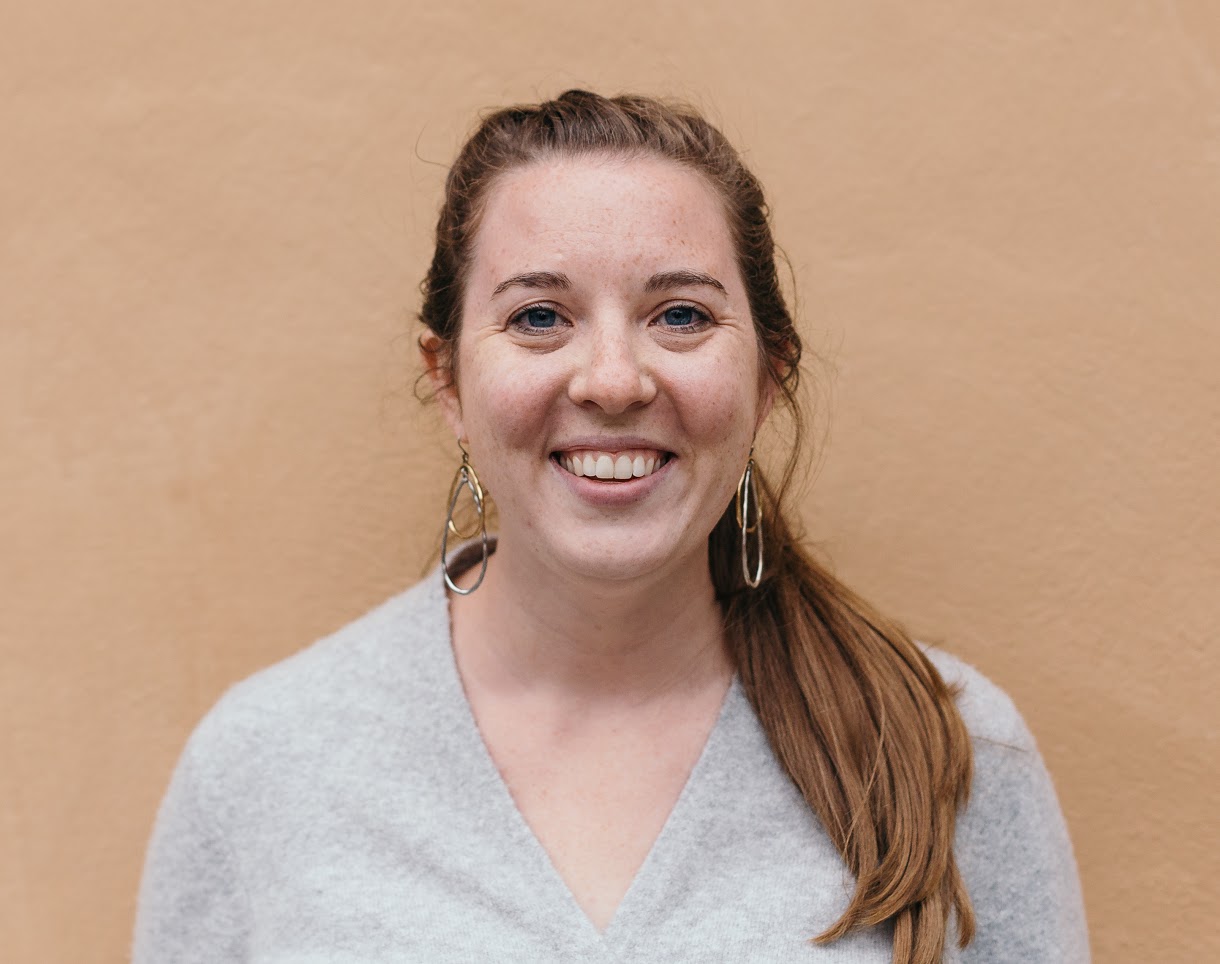 Is interested in the inclusion of women in peace building and conflict resolution, integrated water resources management (IWRM), and riparian rights, particularly in water-scarce regions.

She holds a Bachelor in Political Science and an LLM in Water Law and Policy.

She has spent her professional life working in international development with both government organisations and NGOs, specifically focusing on environmental protection, economic empowerment, and water, sanitation and hygiene (WASH). 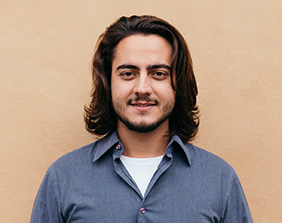 Is interested in the role of civil society in peace processes; human rights; peace negotiations and international law.

He has worked in think tanks in Brazil helping to shape the debate and policies on topics such as Brazilian foreign policy, nuclear issues, international security, and the role of the BRICS countries on the global order. 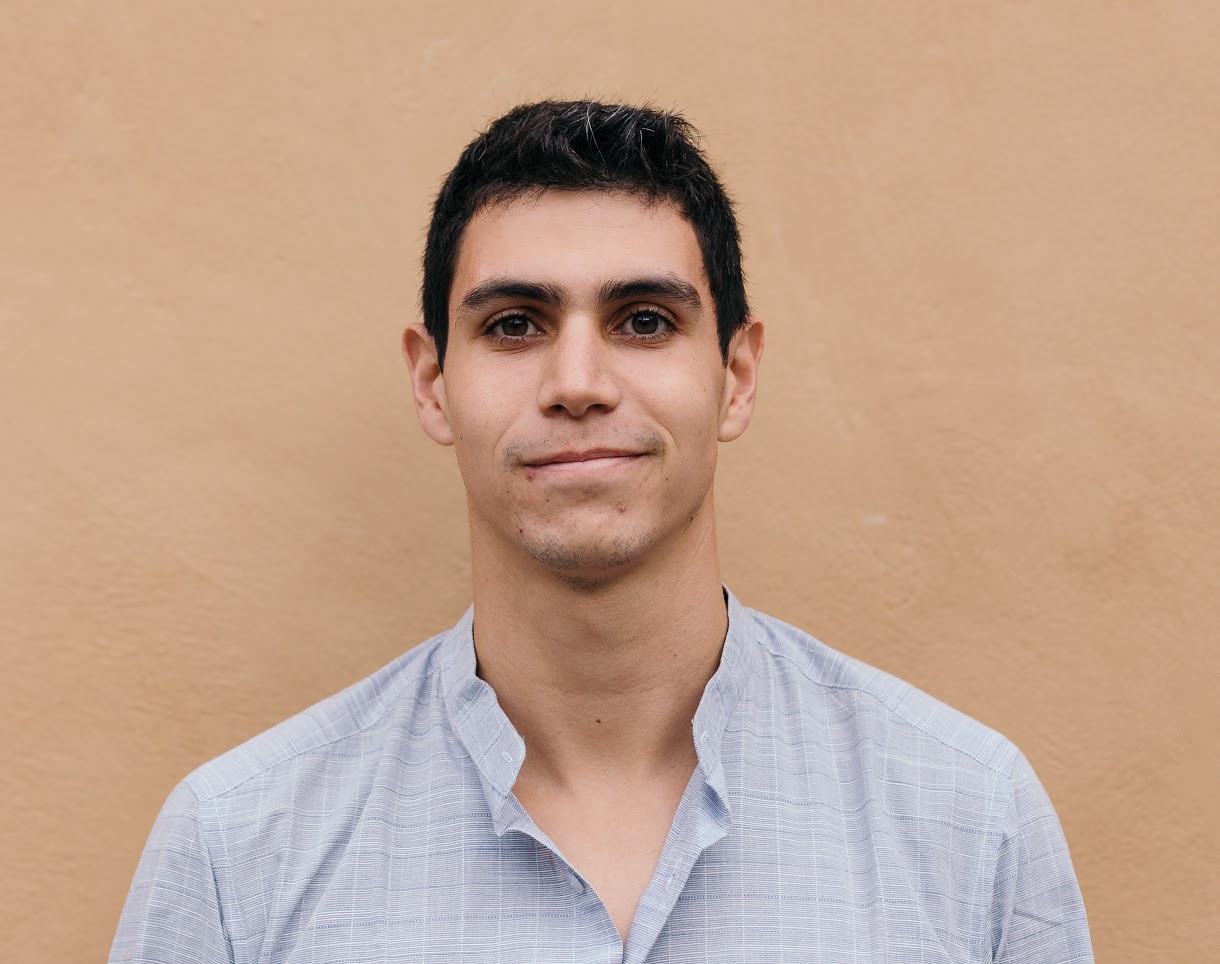 He is interested in exploring innovative approaches to enhance protection of civilians in armed conflict environments.

Jasper has spent the past three years working in Myanmar (Burma) for Nonviolent Peaceforce, an INGO, providing technical assistance in civilian ceasefire and protection-monitoring mechanisms in conflict affected regions of Myanmar. While in Myanmar, he worked closely with local civil society supporting various capacity development activities as well as relationship building with key local and national level stakeholders to support advancement of civilian participation and representation in the peace process. 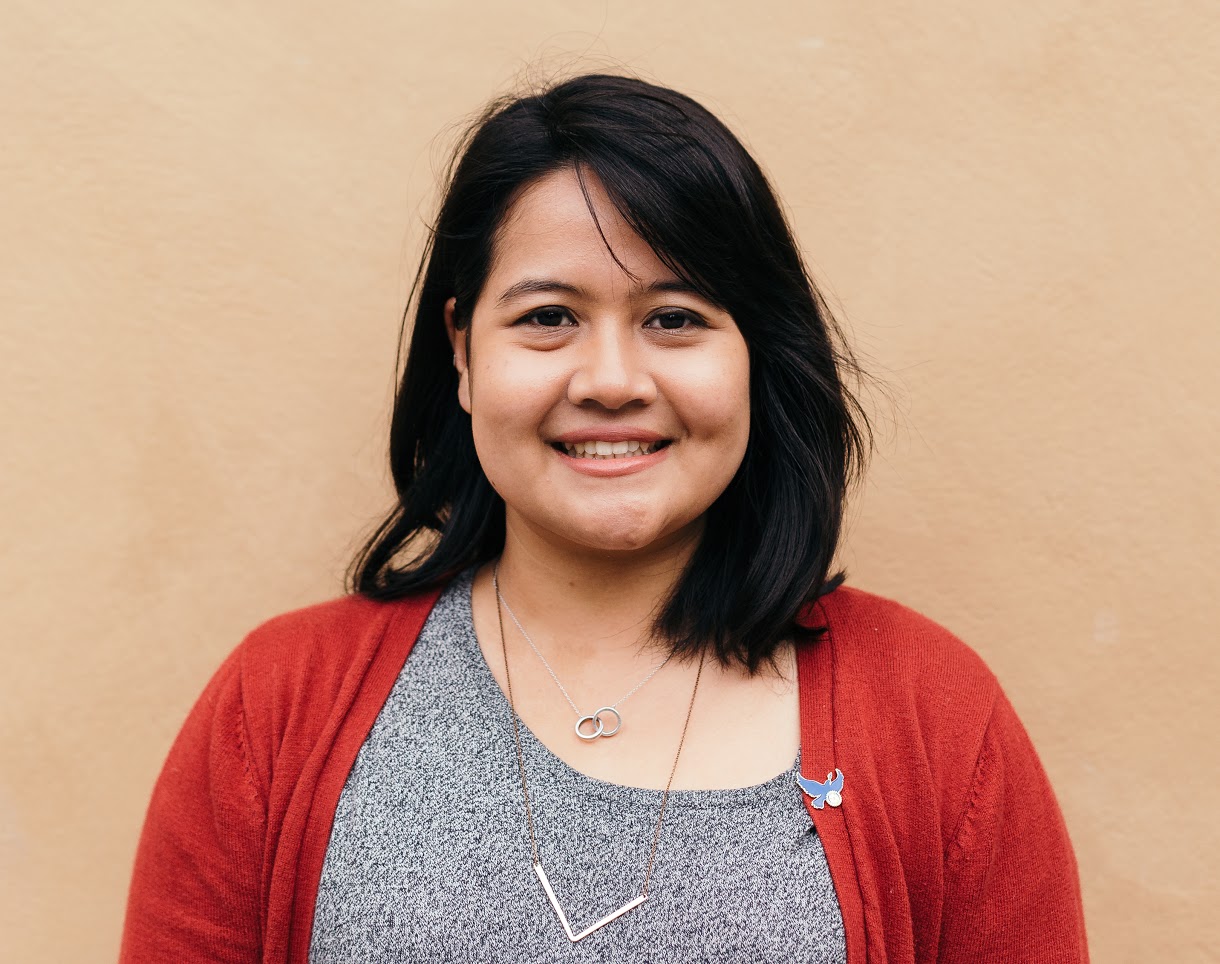 Undertook her Bachelor degree in International Development at La Trobe University, Australia. Following her degree she pursued a career in the development sector in her home country in Myanmar. She worked with Japan International Cooperation Agency (JICA) in the area of human resource development for young Myanmar people followed by work with Australian Volunteers International (AVI) as a programme officer managing volunteers from Australia working in capacity strengthening in the sectors of education, health, peace and rule of law.

Yin Yin is interested in understanding better the drivers of conflict and to have a greater practical knowledge of how successful mediation can be undertaken, and to apply this back to the conflict areas in Myanmar.  Additionally, she is also interested in promoting the role of young people in the mediation and peace process as well as that of women. Her aim is to work with organisations that are working to assist with the ongoing peace process in Myanmar.