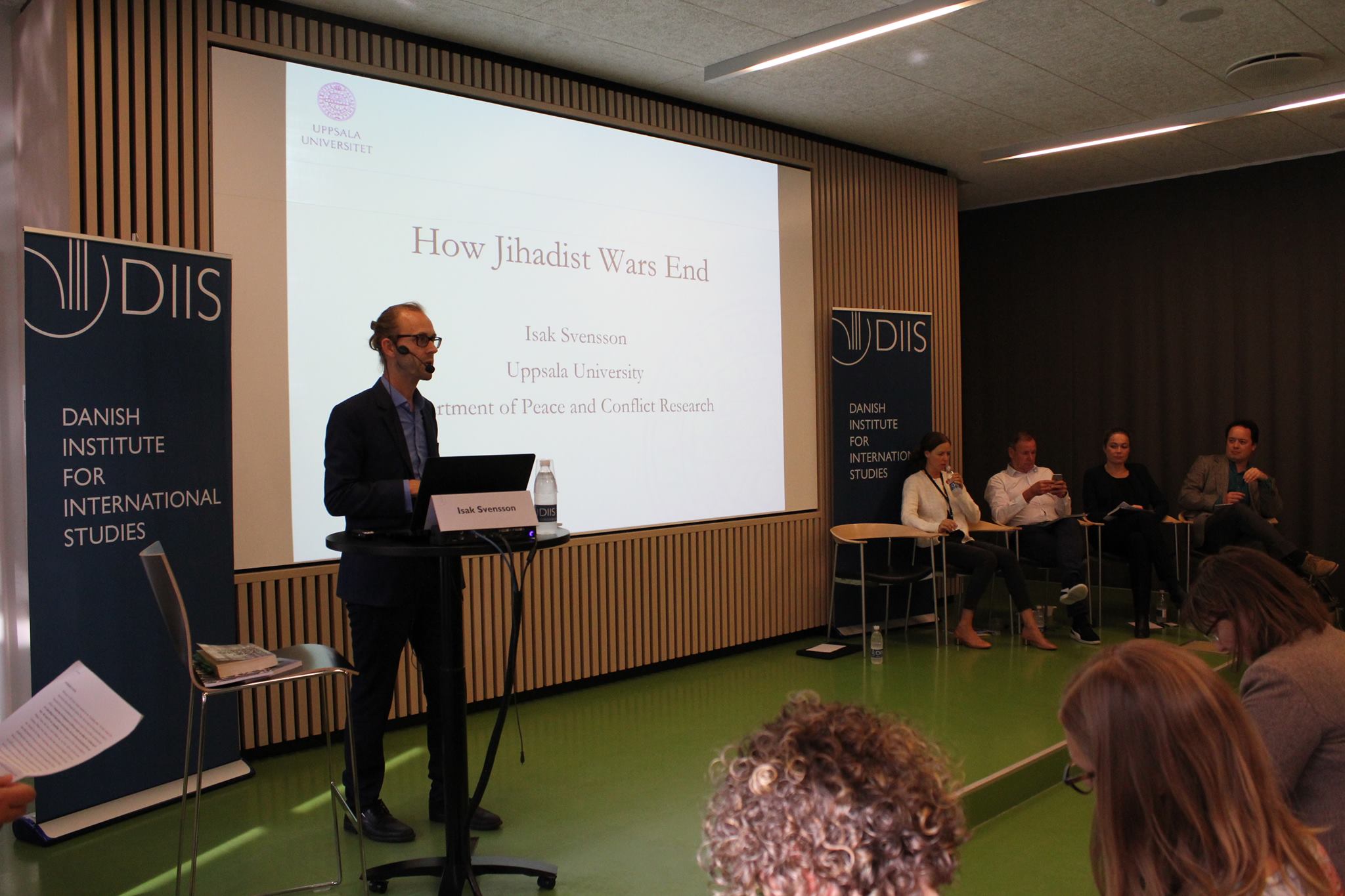 On Wednesday 27 September, project leader Prof. Isak Svensson gave a talk in Copenhagen on how jihadist wars end, during the launch of the book "Expanding Jihad: How al-Qaeda and Islamic State find new battlefields".

The book launch seminar was hosted by the Danish Institute for International Studies (DIIS) and drew a large audience. Prof. Svensson has contributed with a chapter to the book, which is edited by Dr. Mona Kanwal Sheikh, a leading expert on the Pakistani Taliban and a co-worker in "Resolving Jihadist Conflicts?". Graeme Wood, another project affiliate, gave the keynote speech during the seminar, discussing the strategy and theology of al-Qaeda and Islamic State. Thank you DIIS for a well-organized and interesting seminar!

For those who are interested, we highly recommend you to order this fascinating and insightful book. Within the overall theme of the book, it features chapters on al-Qaeda and Islamic State beyond the Mideast and Tora Bora (Mona Kanwal Sheikh & Lars Eslev Andersen); the rise of jihadi militancy in Burkina Faso (Manni Crone); al-Qaeda and Islamic State in Bangladesh (Mona Kanwal Sheikh); Lebanon as potentially the next jihadi battlefield (Lars Eslev Andersen); the struggle for Islam in Saudi Arabia (Maria-Louise Clausen); and how jihadi wars end (Isak Svensson).