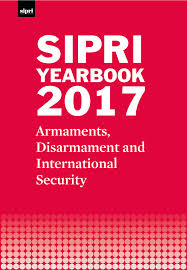 They show that two-thirds of all Islamist conflicts have occurred in the MENA and sub-Saharan Africa regions, with the rest distributed throughout Asia. Interestingly, they point out, East Asia has defied the larger trend. There, Islamist conflicts have instead decreased over time. They call for future research to examine why that is.

Subscribers can browse the online version of the SIPRI Yearbook here.