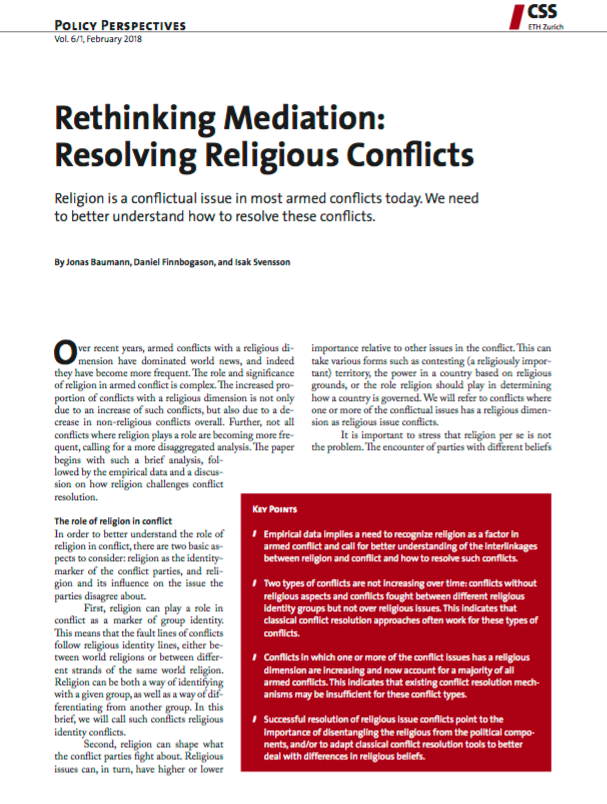 The article is part of the Policy Perspectives series edited by the CSS. The CSS is a center of competence for Swiss and international security policy. It offers security policy expertise in research, teaching, and consultancy. The CSS promotes understanding of security policy challenges as a contribution to a more peaceful world. Its work is independent, practice-relevant, and based on a sound academic footing.