In the magnificent Grand Auditorium at Uppsala University, the Alva Myrdal Centre for Nuclear Disarmament was inaugurated on Wednesday, 19 October. 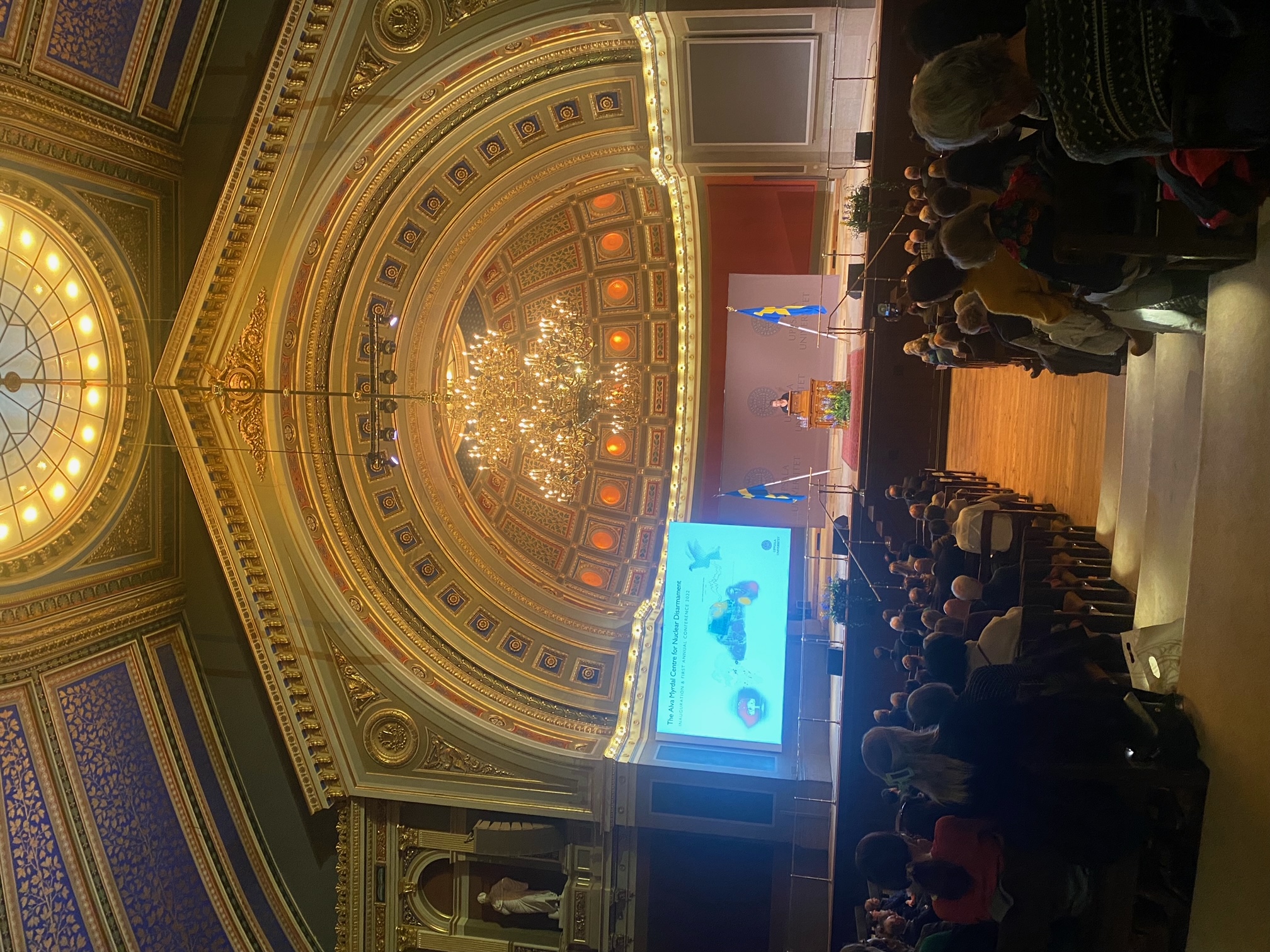 Thank you to everyone who participated in person and virtually. It is with great pride and excitement that we are now beginning to develop this important centre.

Allmänna Sången choir contributed with musical performances. We were also honored with the presence of Alva Myrdal's descendants.

The ceremony was moderated by Professor Ashok Swain, Head of the Department of Peace and Conflict Research, and the following speakers addressed the audience: