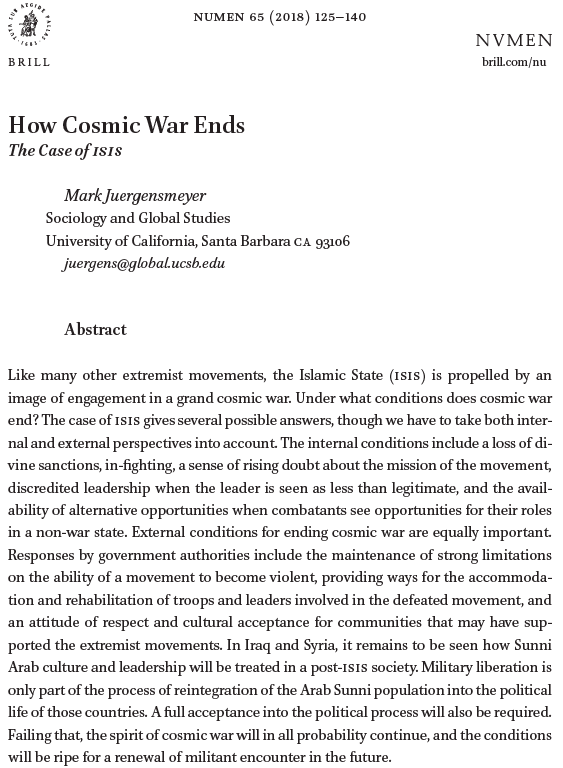 "How Cosmic War Ends: The Case of ISIS." We highly recommend reading this very interesting and important article by Core Group member Professor Mark Juergensmeyer (University of California Santa Barbara), which was just published in the journal Numen.

Professor Juergensmeyer asks under what conditions "cosmic war" ends, and looks at the case of ISIS. He argues that military liberation of ISIS territory is just part of the process of ending cosmic war with the movement. If Sunni Arab populations in Iraq and Syria fail to be integrated and accepted in the political life of these countries, then the spirit of cosmic war will likely live on, thus making the situation ripe for new military struggles in the future. Congratulations Professor Juergensmeyer to the publication.

The article can be accessed here.